Newly arrived this week is a no-age-statement peated whisky from Glenglassaugh distillery, Torfa (which means turf in Old Norse. I spent an entertaining twenty minutes trying to look this up. The closest I could get was torf). 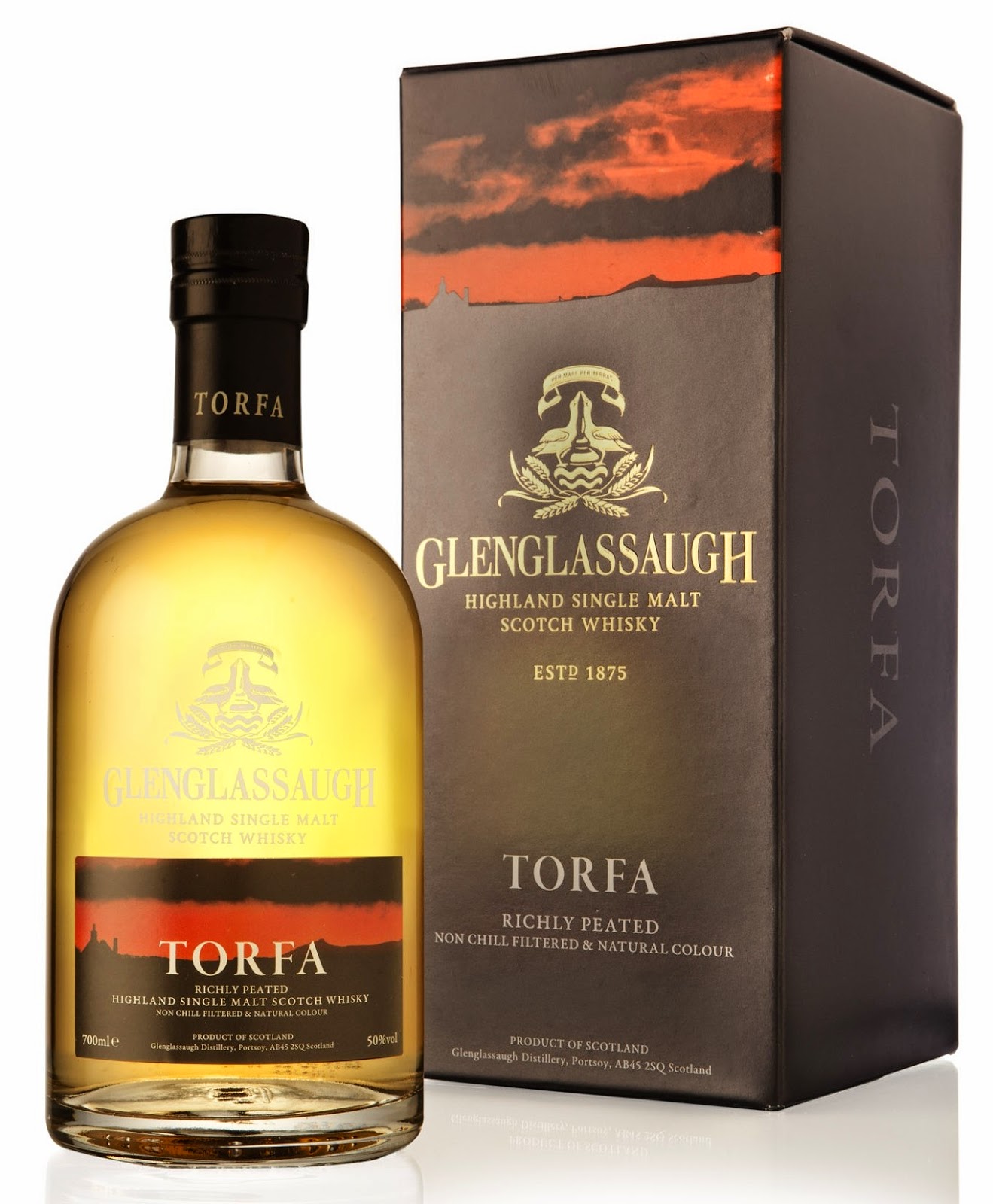 Glenglassaugh, since the change of ownership in 2008 have been pursuing a strategy of releasing very old and very young whiskies - a necessity after twenty two years silent. There were a series of three new make spirit drinks, alongside such beautifully aged drams as the 26 Year Old and the 30 Year Old. The current core dram is the Evolution, which was initially released at cask strength but is now bottled at 50%.

Torfa is, like the Evolution, bottled at 50%. It's a pale whisky. The nose is fairly intense and has lots of dry smoke, with lighter notes of heather and iodine or salt. I also found a suggestion of honey.

The palate is soft and slightly oily, with honey and plenty of dry smoke, shading into a metallic warm aroma (like heating a cast iron pan with nothing in it). The palate doesn't have any of the iodic notes from the nose, which is a definite difference from Islay style peated whiskies.

With water this is a very easy drinking dram, nicely smoky, although perhaps a little simple in the finish. Best to drink it at full strength I think.

Overall I'd say this is a pretty decent whisky from Glenglassaugh. Onwards & upwards!