It's not often that a winemaker will announce the use of young vines. Old vines, gnarly, ancient, wrinkled, will always get top billing, but youngsters tend to be glossed over.

Of course, there are good reasons for this. Old vines, whilst low-yielding, can produce wines with complex, concentrated flavours. And if you are going to charge more for your wine because you didn't produce very much, then extreme age seems to be an acceptable explanation.

On the other hand, vines can, in the first flush of youth, bear fruit of good character and concentration. But generally a viticulturalist would aim to always be replacing the oldest vines in a vineyard, so as to ensure continuity from year to year and decade to decade. 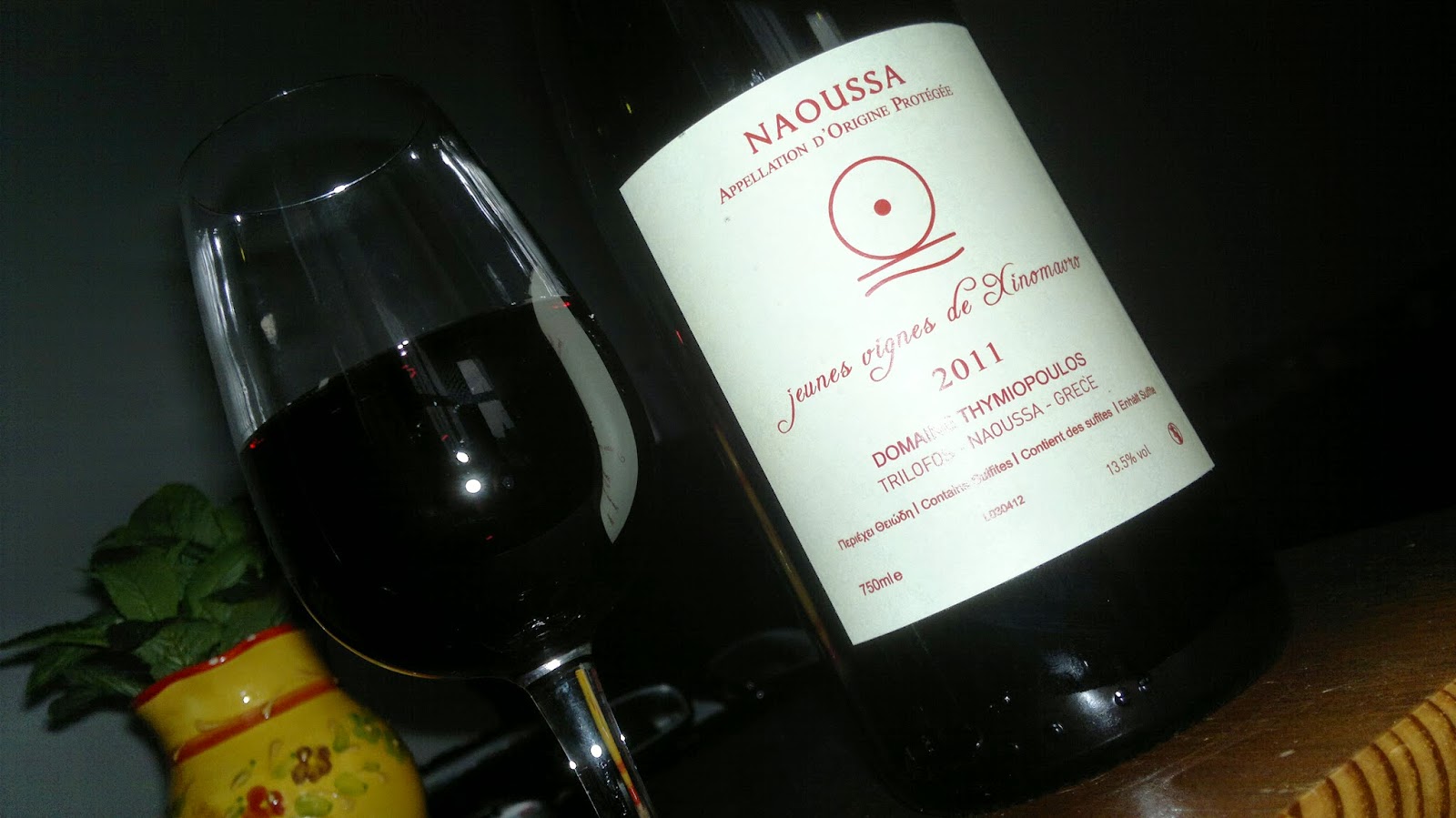 So what I'm drinking tonight is a Naoussa 2011 from Domaine Thymiopoulos which bears the legend, "Jeunes Vignes de Xinomavro". It's interesting that this wine is labelled as "jeunes vignes" - the French influence on the Greek wine industry, as on so many countries, runs deep.

The nose offers an interesting combination of bright, fresh, youthful, fruity flavours with earthier (or perhaps animal?) notes. Over the top there is also a classy floral note - violets I should say. The fruit character is red rather than black.

The palate is bone dry, mid bodied, and fairly tart. The attack is very juicy, with tangy redcurrant notes. This moves onto a nice slippery or waxy texture, before giving way to grippy but super-ripe tannins. It is a little hot in the finish.

In conclusion, an excellent and also very gluggable wine.